Certain cities, you visit for the food. Others, you visit despite the food. The old guard of Important Food Destinations, you know: the San Franciscos, the Chicagos, the New Orleanses. So who are the up-and-comers — the places whose culinary reps should be rising fastest? We put the question to dozens of veteran travelers and found some surprising answers. Some of these spots are out-of-the-way, mid-sized towns; others are big cities where some combination of abundant talent, great farms and fishing, and respect for traditional food have made them bona-fide dining destinations.

We guarantee you’ve passed through at least one of these towns without thinking twice about the food. Next time you visit, though, take a moment to stop and smell the s’mores burger.

Once maligned, it’s a hotspot for fresh-sourced ingredients and world-class street food.
Some years ago, a cranky food critic passing through named San Diego the “worst food city in America.” Once there may have been a shred of truth there, but it was hyperbole then, and nowhere close to the truth today. Restaurateurs have realized that San Diego, surrounded by farms and ocean, offers abundant high-quality ingredients, and local joints like The Red Door, Trust, and Campfire have taken to working directly with farmers, ranchers, and fishermen to produce fantastic, environmentally responsible dishes.

One of the best restaurants in the United States is here: The James Beard-winning Addison at the Fairmont Grand Del Mar. But if you still want to just grab a fish taco and a craft beer, this is also the place to do it. Cali burritos — the kind with carne asada and French fries — are a staple for surfers and practically everyone else. (Lolita’s Taco Shop is a good place to start your burrito exploration.) And as a bonus, San Diego’s sister city in Mexico, Tijuana, is having its own food renaissance. You can literally walk across the border and find yourself neck-deep in some of the best street tacos Mexico has to offer.

If you have just one meal: Head up to Oceanside to eat at Wrench & Rodent Seabasstropub for fanciful, non-traditional sushi made with sustainable fish. It’s one of the best sushi joints in the entire country, so ask for the omakase and allow yourself to be wowed. — Jackie Bryant 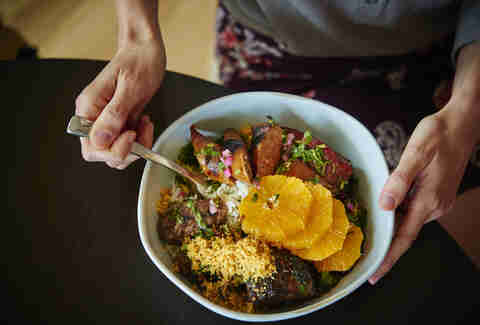 Middle America doesn’t mean middle of the road when it comes to eating out
A visit to The Gateway City is about more than just riverboat gambling and scootering around the Arch. Likewise, the St. Louis food scene goes far beyond the stuffy steakhouses and fried comfort food you might associate with one-note Midwest dining.

Admittedly, you don’t get many Midwestern plates filled with vegetables — unless they’re deep fried and coated in Ranch, perhaps. Yet Vicia, a veggie-forward fine-dining spot in the Cortex tech hub, is a rising star serving purple-top turnip tacos, hearth-grilled peppers, and scrambled eggs with smoked tomato.

And then there’s brunch. Go hipster with shrub cocktails on the side at Retreat Gastropub, feast on bacon and goat cheese crepes at Rooster, or have a sweet treat at Half & Half. For world-class pastries, quiches, and macarons, the answer is Nathaniel Reid Bakery.

If you only eat one meal: Innovative James Beard Award winner Gerard Craft is leading the St. Louis food revolution. His latest project is Cinder House on the rooftop of the Arch-facing Four Seasons, where he recreates his own childhood favorites, once served by his Brazilian nanny. Expect gluten-free, gooey cheese bread, and feijoada packed with smoked pork and braised beef. — Sean Cooley 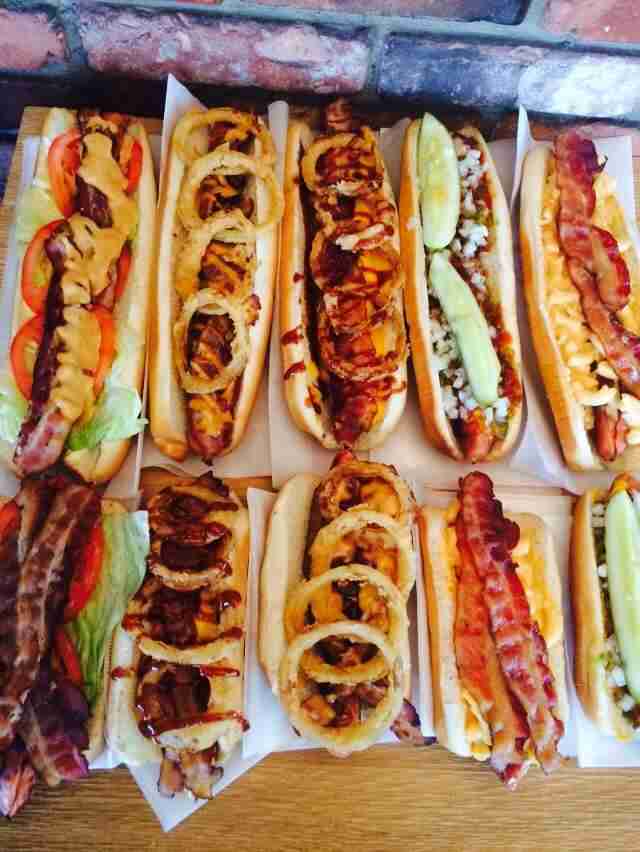 Legacy restaurants coexist with new international flavors
Get your stretchy pants ready: A weekend in Buffalo means you’re gaining at least 5 pounds. This is a legacy dining town, where the best restaurants have stood the test of time (locals remain loyal to worthy establishments for 30, 40 years or more). So, if you’re a newbie, you better be damn good. Leading the pack is Toutant for elevated Southern cuisine (mmm… buttermilk fried chicken), and the The Black Sheep, where local produce forms simple, homey dishes like whole roasted beet, chicken-fried chicken livers, and peach gnocchi. The oldies are still thriving of course though, and there’s none better than Chef’s Restaurant, which has been plating up tangy parmed pasta since 1923.

At the turn of the 20th century, Buffalo welcomed waves of German, Polish, Italian, and Irish immigrants — and you can taste their impact in the superlative pierogi, pizza, and red sauce joints across the city today. But for modern Asian and South American cuisine, head for the West Side Bazaar and gorge on donburi bowls at Thang’s Family Restaurant, the pernil combo at Kiosko Latino, and mutee soup at Rakhapura.

If you have just one meal: Make it a hot dog. Not just any hot dog, but the mildly spiced, crispy-cased, charcoal-grilled Sahlen’s sausage at Ted’s Hot Dog. Better still, Ted’s grills indoors (unlike almost anywhere else on the planet), so you’ll get a warm respite from the winter chills. — Nicole Schuman

The quiet capital of the state is also a seafood paradise
Anchored by a year-round farmers market, Olympia reflects the field-to-fork ethos of Seattle and the cart-based creativity of Portland, without the big-city price tags (at least not yet). There’s a fancy food hall, which gathers some of the city’s greats into one location, just a few blocks from the market. The Bread Peddler bakes pastries that wouldn’t be out of place in Paris, while Sophie’s serves local-milk ice cream in flavors like Olympia Fog (black tea, rose petals, and vanilla).

Even at the top end, your cash goes a long way — go for $6 happy-hour negronis at Dillinger’s, an upscale bank-robbery-themed bar set in a historic building (you can drink in the vault). You can afford to experiment too: Get an organic brew at Olympia Coffee Roasting, and try food-truck fare at Assyrian Nineveh or its Latin American lot-mate Arepa.

If you have just one meal: The mix of a Mexican-American chef and the wares of a second-generation oyster farmer make for unique dishes and unmatched quality at Chelsea Farms Oyster Bar, at the food hall. — Naomi Tomky