Apple has reportedly sent out an invitation for an event on Dec. 2 in New York City. The purported invite, tweeted out by Lifewire Tech’s Lance Ulanoff Monday and also reported on by 9to5Mac, features a gold-colored App Store logo. Apple’s press event will be held at 4 p.m. ET, according to CNBC.

“Loved by millions. Created by the best,” the invite posted on Twitter says. “Join us for an Apple special event honoring our favorite apps and games of 2019.” 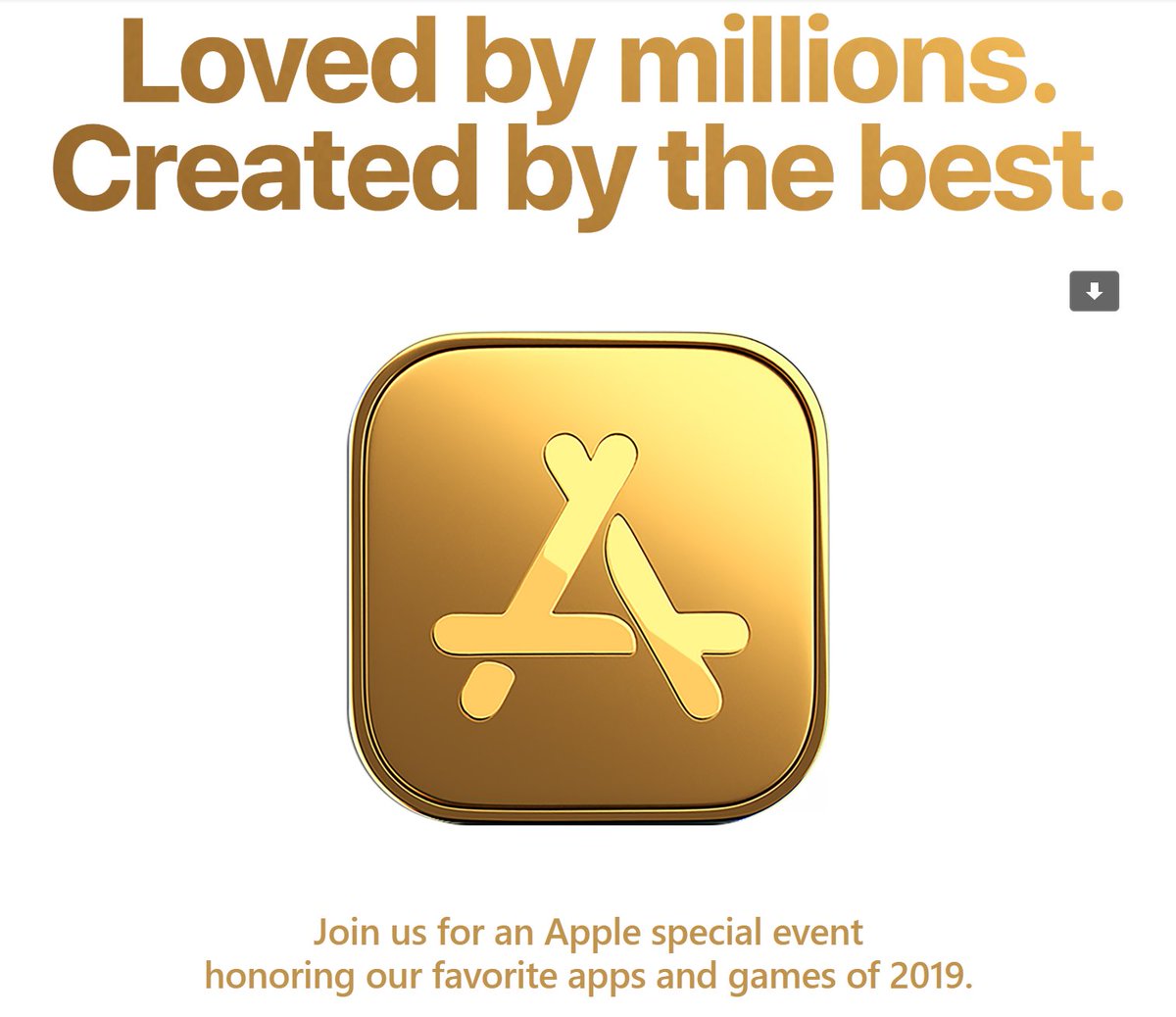 Judging by the invitation, this end-of-year event will focus on apps and games, unlike Apple’s September event where the tech giant announced the iPhone 11, iPhone 11 Pro, iPhone 11 Pro Max, a new Watch Series 5, a new entry-level iPad for 2019 and updates on the Apple Arcade gaming service.