After revolutionizing the television landscape with its streaming service, Netflix began unveiling its own original shows in 2013, with House of Cards becoming the company’s first hit single of sorts. More popular shows were soon to follow, and today the company is only gaining momentum. The current stable of Netflix Originals includes a massive number of scripted and documentary series produced in-house — and that’s not even counting the gobs of other programs on Netflix, including many for which the company holds exclusive streaming rights.

With such a diverse pool of originals to choose from, you might be wondering: Which of these shows are worth watching for 11 straight hours this weekend? That’s where we come in. We’ve assembled a list of the best Netflix Original series available right now. (And if you want to know the latest additions to the Netflix library, be sure to check out our list of what’s new on Netflix this month.)

After 27 cars in the high-school faculty’s parking lot are vandalized with crude phallic images, the school’s resident slacker and class clown is expelled, but when two fellow students initiate a documentary-style investigation into the incident, suddenly everyone becomes a suspect in this surprisingly compelling and hilarious series. A satire of true-crime documentaries like Making a Murderer and Serial, American Vandal is a mockumentary that manages to channel much of the same “Did he really do it?” uncertainty into its story, while also offering a very funny and impressively clever spin on the typical docuseries format.

Much like the true-crime series that inspired it, the first season of American Vandal is packed with narrative twists and turns that keep the audience guessing. It’s supremely binge-friendly as you push to discover the next revelation in this seemingly minor incident that consumes the lives of the characters involved in it. The first season of the series earned rave reviews, prompting Netflix to commission a second season, which premiered September 14 to even more critical acclaim.

If you can handle a little bit (OK, a lot) of potty humor, you should enjoy Big Mouth. The animated series follows two 7th graders, Nick and Andrew (series creator Nick Kroll and John Mulaney), as they struggle with their burgeoning sexuality, represented by a grotesque, crass “hormone monster” (also voiced by Kroll), whose base desires cause turmoil and frustration for both boys. Their friends Jessi (Jessi Klein) and Jay (Jason Mantzoukas) also struggle with puberty to varying degrees, as does Andrew’s crush, Missy (Jenny Slate).

On its surface, Big Mouth is quite crude, but that humor belies the show’s nuanced, relatable exploration of adolescence and physical maturation. The series deftly handles the difficulties of middle school life, including common misconceptions held by kids about their sexuality and their bodies. The second season of Big Mouth premieres October 5. 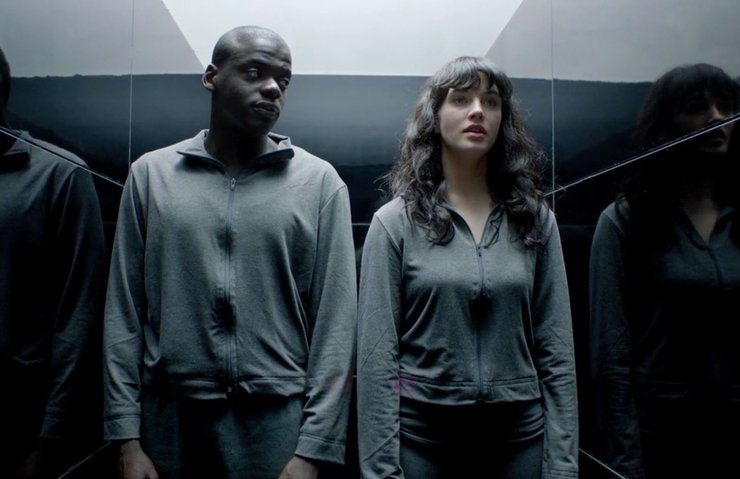 What happens when technology goes too far? That’s not an unreasonable question to ask oneself in 2018, and Black Mirror (originally broadcast on British Channel 4, before being acquired by Netflix) is a wildly entertaining, if depressing, answer to that question. Most of the episodes of this chilling anthology series ponder hypothetical eventualities resulting from the unchecked advancement of technology, often charting courses that are disturbingly well-connected to the way we work and live today.

The show’s production value keeps getting better, and the third and fourth seasons — produced by Netflix — include a bevy of household names, from Jesse Plemons to Gugu Mbatha-Raw (whom creator/writer Charlie Brooker uses to great effect). The first two seasons — including the epic Christmas special White Christmas — are also must-see programming…..Read More>>>