The survey, which was conducted by YouGov and polled 2,613 U.S. adults between Nov. 19 and 21, could spell trouble for the several TV content providers jumping into the streaming game in 2020 if these findings are true. 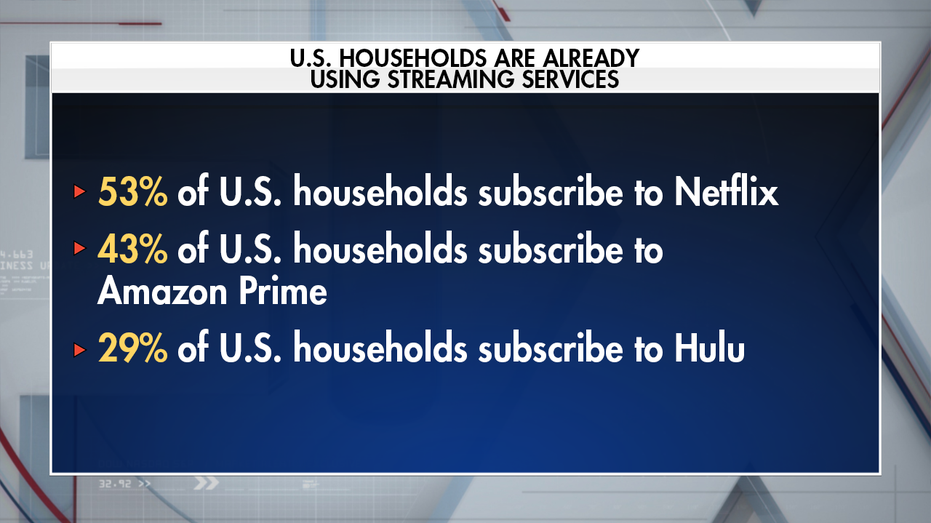 If a household was subscribed to the lowest plan out of the above streaming services, it would cost $23.97 a month, not accounting for tax, which leaves less than $6.03 for a potential fourth service under a strict $30 monthly budget.

The Trade Desk suggests that consumers are getting tired of subscribing to new platforms in light of rising streaming services such as Apple TV+ and Disney+ as well as upcoming services in 2020 such as AT&T TV, HBO Max and Peacock.

“With consumers experiencing subscription fatigue and unwilling to subscribe to more than one or two premium services, broadcasters have to figure out how to continue to fund this new golden age of TV,” said Brian Stempeck, a chief strategy officer at The Trade Desk.

Discovery Inc., which is one of the many mass media companies releasing a streaming service this year, is positioned to be a competitor in the market. The company’s CEO David Zaslav has gone as far as to predict that only a few platforms will make it through the streaming wars, according to The Hollywood Reporter.

Even though he is confident that Discovery’s niched $6.99 monthly subscription under Food Network Kitchen will make the company a formidable force in the streaming world. Zaslav told FOX Business’ Liz Claman on the 2020 International Consumer Electronics Show floor Wednesday that Discovery’s Food Network Kitchen plan would be the “Peleton of food” with live and on-demand cooking classes, recipes and shopping.

He also cited Discovery’s generated free cash flow of over $3 billion, scale in Europe and knowledge that consumers are getting content outside of traditional cable bundles and free-to-air as reasons why its services are likely to succeed.

“We got to get our great content, whether it’s from Discovery, Animal Planet, ID, TLC, Oprah, HGTV, Food – we have to figure out how to get that not just to everyone that watches TV – but we got to get it on every device, everywhere in the world. That’s our mission,” Zaslav told Claman; which is a stark contrast to the limited strategy Sony employed in its now going defunct streaming service PlayStation Vue.

Discovery’s streaming venture will include tailored platforms for its brands like HGTV, TLC, Science Channel, OWN and more. The company will also partner with the BBC with licenses to the British media giant’s natural history programs such as “Planet Earth and “Blue Planet.” Additionally, Discovery and the BBC will debut a special series developed between the two networks.

Going back to The Trade Desk’s survey, respondents indicated a willingness to endure advertisements if that meant it would cut their streaming expenses.

More than a third of respondents — 40 percent — would prefer to watch ads tailored to their interests and preferences. That number jumps up to more than two-thirds — 68 percent — if watching relevant ads meant seeing fewer ads overall.

Stempeck alleges that the survey’s collected responses will shape how the streaming market evolves.

“This indicates that ads will fund the future of streaming TV, and that broadcasters and advertisers have an opportunity to improve the advertising experience in a way that simply is not possible with traditional, linear TV,” Stempeck said.